On the Background of Travis McGee 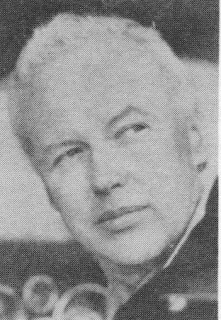 Back in 1978 Ed Hirshberg, a University of South Florida English professor and editor of the JDM Bibliophile, arranged the first ever Conference on the Works of John D MacDonald. It took place in November in Tampa and was, primarily, a one day affair preceded by an evening of cocktails and dinner. (Plymouth Gin was served.) Scholarly papers on both the works of JDM as well as other mystery writers were read by their authors and commented on by the guest of honor, none other than John D MacDonald himself. MacDonald’s comments were off-the-cuff, as he had not read or heard the papers prior to their presentation at the conference, and the intention was to have him eventually produce more lengthy and thoughtful responses in writing and have them published, along with the papers themselves, in a future issue of the Journal of  Popular Culture.


One of the papers, titled "Travis McGee as Traditional Hero," and written by Erling B. Holtsmark of the University of Iowa, postulated the idea that McGee was a descendant of a long line of ancient, Indo-European heroic types, a monster slayer who rescues maidens, eradicates the corruption and corrupt monsters that besiege the community, and wins the treasure. The paper was interesting not just for what Holtsmark had written, but for MacDonald’s responses, which reveal how he began the series with a full biography of the hero, how he developed the character of Meyer, and how he turned down a request to publish McGee’s bio in Otto Penzler’s 1977 The Private Lives of Private Eyes: Spies, Crime Fighters and Other Good Guys.


Below are MacDonald’s initial comments made after the reading. Next week I’ll post his long, written response that appeared a year later.


What was to me the most interesting thing about that paper was that it illuminated something to me that had been puzzling me a bit. When I first started the series I had a pretty well organized biography of McGee, from early childhood, family relationships, even to the occupations of his grandparents on both sides, where he grew up, where he went to school; also the emotional and psychic trauma of his early years. I had intended to imbed these biographical facts here and there in the books as the series proceeded.


As I went on, I found a reluctance to do that, which I did not understand. I just didn't know why I felt so reluctant. So I didn't do it. It sort of came to a head last year when Otto Penzler wrote to me and he said that I'm putting together a book; all of these people are going to write a biography of their protagonists. So-and-so is going to do so-and-so, and so on. We want you to do a biography of McGee. I dug out my old records on that and looked them over and I would have had to turn it from outline form into a sort of an essay. I wrote back and I said, "I don't want to do this." He wrote back and said, "Everybody's doing it. Why not? Why the reluctance?" And I said, "I don't know why I'm reluctant, but I don't think it's the right thing to do. I think people should use their own imagination to try to figure out in their minds what the background of this contemporary American character is."


When I read Mr. Holtsmark's paper, it was sort of a justification of my reluctance. Then I began to wonder, "How about these people who were devising initially these classic heroes of the past? I wonder if they had the same reluctance to go into the background of their people?" My classical education is very spotty. I was in the Wharton School of Finance and in Business Administration at Syracuse University and then took a Master's from Harvard Business School. So when I should have been studying classical heroes and monsters I was studying double-entry book-keeping and what insurance companies can do to you and for you. I don't know whether that particular aspect of it has been studied before, but it just intrigued me.


Why should there be a reluctance for me to tell the readers what my knowledge of the background of McGee is? I just don't know. But I begin to see, through that paper, a sort of possible justification for it.