JDM on the A-Bomb 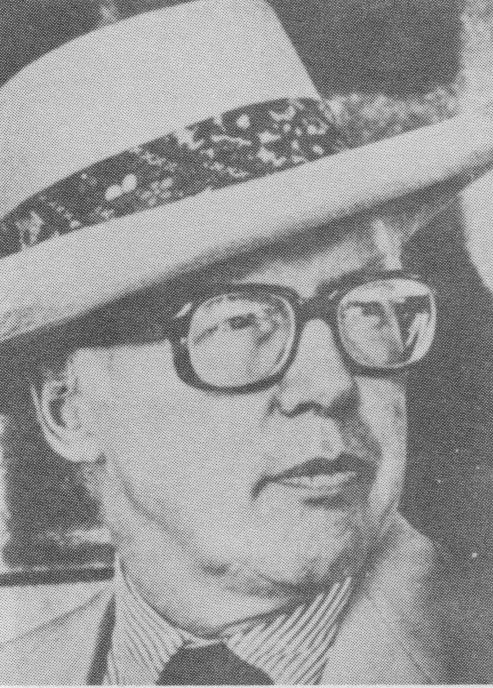 The following was written in September 1979 by John D MacDonald in response to a letter from a woman who had written describing a dispute she was having with her 17 year old son over the morality of using the atom bomb against Japan in the Second World War. The son though it had been a grave mistake, the mother felt it a necessary evil to save the lives of thousands of American troops. I’m not sure why she wrote to JDM about this difference of opinion -- perhaps she was a fan, or maybe a family acquaintance -- but MacDonald responded with a lengthy letter of his own that is revealing in both its personal history and his then-current opinions on the nature of nations and individuals. It was reprinted in the January 1981 issue of the JDM Bibliophile.


I was determined not to interrupt the book in process for anything, but your question has been rattling around in the back of my head, getting in the way. So here is an attempt at an answer.

Personal history: When fragmentary news came about the dropping of the A-bomb on Hiroshima and Nagasaki, I was aboard an AP troop ship (6,000 troops and troop officers) en route to Okinawa, and from there to Los Angeles. I was a major. I had been overseas over two years. I had enough points for discharge, having been in over five years. I had spent a year and a half in the OSS in Ceylon (Sri Lanka) in the administrative end, not the glamor end. I’d turned down air priority in favor of a “30 day ship” because I looked so wretched I thought I would scare my wife, son and family if I flew home. I’d had dengue and [had taken] Atabrine. When we dropped anchor in Naha Bay, the war was still going. There were over a million troops on that small island. When one went ashore, one had to stand at the edge of a very busy four lane highway waiting for a chance to trot across. Each morning at first light, the kamikazis would come over from the Japanese mainland, very high, beyond detection, and drop straight down over the center of the island, and then come streaking out over the bay trying to dive into one of the naval vessels anchored further out than were the transports and cargo ships. The tactic was to cut down on the amount of metal the Navy was willing to throw onto the island while trying to hit the oncoming kid in his airplane. The kamikazis were 16, 17, 18 years old, hopped up to die honorably for the emperor. Several nights later everything started to pop at once, a continuous roar of explosions. I was aboard the ship and a friend and I went out on the open deck. We heard that there had been a cease fire. All the ships and all on the island were firing everything possible straight up. I stood there like an idiot and then heard something go hiss-tink on the deck nearby. We ducked below and watched the fireworks out a porthole. We heard later from reasonably accurate sources that seventeen men had been killed outright during that celebration.

At that time I was glad it had been done, and glad it was over. I was concerned with pragmatics, not moralities. I did not “hate” the Japanese, though he had fired at me in an impersonal effort to kill me. In general, they were so tough and stubborn and so willing to die we thought them sort of demented, beyond reason. We were glad that something had finally attracted their attention, loudly and specifically. Otherwise it would have been a very long, difficult invasion. The little dog in his own yard can raise hell with the big dogs. The Japanese high command knew what was going on, of course. they knew of the German heavy water experiments, of the race to try to arm the V-III with an atomic warhead to launch at London. We traveled a different technical route toward the same end, and got there first, with the Enola Gay.

I am afraid that I have to overstep the question of shame and morality, cruelty and overkill.

It is my observation, my belief, through a study of history, that nations are neither moral nor immoral. They are amoral, beyond the scope and measurement of individual human appraisal. A nation is an entity moving, however skillfully or clumsily, toward self-interest.

The history of wars is the history of shameful incidents -- Sherman’s march to the sea, British campaigns in the Boer War, French suppression in Algeria, Spanish American War, the cruelties of Tamerlane, the atrocities of Genghis Khan, the firebombing of Tokyo (which killed and maimed more, many more than the 2 A-bombs), German elimination of most of their Jewish population, French suppressions in Viet Nam, the decimation of the Carthaginians, the inconceivable slaughter at Verdun, Palestinian bombs in marketplaces, Israeli shelling of villages in Lebanon, Lt. Calley’s picnic, Wounded Knee, the Children’s Crusade…

History ticks along to the rhythm of social, cultural and economic imperatives. One would very much like to be a part of a long tradition of honor, nobility, respectability. In our quiet times we yearn for that.

But the wars go muddling along never really resolving anything. Dying is dying and dead is dead. To me, the question of whether there is lesser morality, and more guilt, in the slaying by heat and radiation of a Japanese child in Nagasaki as opposed to the slaying by heat of one of the 400 schoolchildren in the movie house in Iran when, in protest against the Shah, a band of teachers barred the doors, splashed gasoline all the way around it and set it alight, is a bit like the ancient dispute about how many angels can dance on the head of a pin.

I am a cynic about nations, about the mechanics of power, and the dreadful consequences of the use of power, and I am an idealist about the individual person. I have contempt for the “other-directed” man described in Riesman's The Lonely Crowd, and contempt for the culture which bred him. I know there are things I will not do, acts I will not perform, because I am myself. And no peer pressure can change that.

But there is a strange Catch 22 situation in the relationship between the moral citizen and his amoral national destiny. In a world of 4,000,000,000+ people, crowding creates a new intensification of nationalism. Only in Western Europe is there any sign of a rational diminution through the Common Market mechanics, and these are the oldest of living nations.

In a world of intensified nationalism, national will and national purpose is the product of how people feel about their country. If the general populace believes their nation to be wise, good and honorable, that belief will give direction to the use of power in following the national imperatives. (Monroe Doctrine, Don’t Tread On Me, Don’t give away the Canal, Bay of Pigs, etc., etc.)

We have had years now of debunking all our myths and legends. Roosevelt was an egomaniac, Jack Kennedy a rake, Washington had wooden teeth, Ben Franklin a womanizer, Lincoln padded expense accounts, Benedict Arnold was an okay person, etc. And all our wars except the two biggies have been wars of colonialist expansionism, oppression of small helpless nations. We were the first to drop an A-bomb. We have kept murderers in power over their helpless subjects and so on.

Every living nation has committed endless acts which, in an individual, would be thought shameful. But in the organics of power, as in the Toynbee analogy of birth, growth, maturity and decline, such acts were part of the imperatives of growth, strength, economic-political-social consequences.

Now take a look at the power which opposes power. The communist nations do not permit examination of their history on a theme of morality. Rather, they rewrite it to conform to the established mythology. Arab and Latin American fascist societies kill their citizen-critics. Thus the national will is reinforced, sacrifice can be demanded, and hatred can be engendered for the fat exploitative capitalist, namely us.

Should we at the same time be indulging in self hate, and say, “Wow, what a rotten country this is, always doing such rotten things”? The way I read the future, we are going to have to make a national monolithic response to stress in the next two decades, or fade away -- not as a people -- people endure everything -- but as a national entity based on certain principles of self-rule. If the provocation is substantial, we will unite once again, in a time for heroes. If the provocation is indirect, subtle, unfocused, I do doubt our survival in our present form. I’ve given you no answers, but maybe a few starting points.
Posted by Steve Scott at 1:00 AM