Back in 1977 JDM bibliographer Walter Shine asked the question “What is JDM’s favorite joke?” He answered the query himself with a listing of five different books wherein one particular truism had been repeated. Here are the specific quotes: 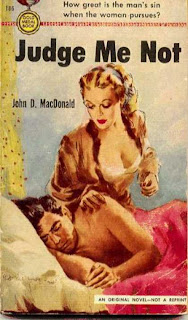 He pulled himself slowly out of the chair. “I don't condemn you on moral grounds, Morrow. Better men than you and me have done like that little old dog on the railroad tracks. I just think it was damn poor judgement for a man in your position to fediddle the Mayor’s wife.” 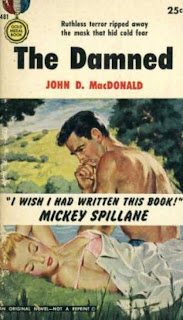 She set the bottle down, and fluffed her back hair, and arched her back a little, just enough to push those things out farther than God intended. There wouldn’t be any of that in prison. Not a morsel of it. They’d let you dream about it, and that was all. Probably stop that too, if they could figure out how. Sure turned out to be the little dog on the railroad tracks this time. 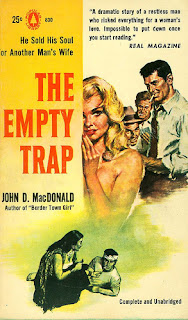 “Wipe your mouth, I’ll be damned if I’m going to get all mixed up in a … This is the craziest thing anybody could possibly… I’m not going to let you be the little dog on the railroad tracks, Lloyd. Because it can’t mean that much. I can’t mean that much in that kind of way to anybody.” 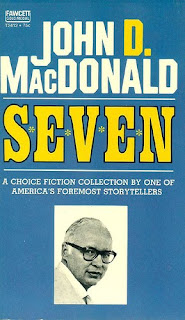 “Look, you’ve got to get yourself sorted out. I mean it. It can happen to anybody, getting all hung up on some twenty-year-old quiff. Like the little dog in the freight yard, and the train nips off the end of his tail and he yelps and spins around and it cuts off his head. Never lose your head over a piece of tail.” 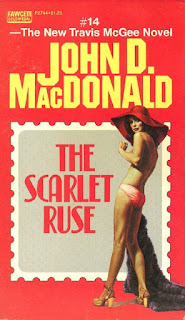 I had seen somebody I had invented, not Mary Alice. I explained away her inconsistencies, overlooked her vulgarities, and believed her dramatics. And so it goes. It is humiliating, when you should know better, to become victim of the timeless story of the little brown dog running across the freight yard, crossing all the railroad tracks until a switch engine nipped off the end of his tail between wheel and rail. The little dog yelped, and he spun so quickly to check himself out that the next wheel chopped through his little brown neck. The moral is, of course, never lose your head over a piece of tail.